On debate night in South Dakota, Karen Marso parked her car and quickly scooted across a road in Rapid City to join a group of three dozen backers of gubernatorial candidate Jamie Smith.
The gaggle of Smith supporters was there to await the arrival of the Democratic nominee just before the Sept. 30, 2022, debate between Smith, Libertarian candidate Tracey Quint and incumbent Republican Gov. Kristi Noem.
The fact Marso was there to welcome Smith marked a major shift for the 68-year-old retiree and her husband, John, who were both lifelong Republicans until a few years ago, when Donald Trump was elected president.
The turmoil of the Trump presidency turned them away from GOP politics and politicians, including Gov. Noem, who has aligned herself closely with Trump and the national Republican Party, Karen Marso said.
But Marso’s support for the Democratic candidate had far more to do with Smith than with allegiance to one party or another, she said.
The pre-debate rally would be the third time Marso had met Smith, and she has been impressed every time with his attitude and approach as well as his policy positions.
“I just think he’s really genuine, and he really cares,” she said. “I think you can tell just by looking in somebody’s eyes, and you can tell when someone is genuine or fake, and he’s for real.”
Marso said she doesn’t appreciate Noem’s actions to overturn the voter-approval legalization of adult-use marijuana in 2020, and her refusal to support a woman’s right to abortion in the case of rape or incest. “Plus, she’s an election denier and I’m tired of that,” Marso said.
Swing voters like Marso may hold the key to the 2022 gubernatorial election, which a recent South Dakota State University poll of registered voters indicated is closer than many thought, with Noem at 45% support and Smith at 41%, within the poll’s 4% margin of error.
The narrow poll results underscore what has suddenly become a closely watched campaign pitting a well-funded, well-known, hard-charging Republican incumbent with potential presidential aspirations against a relatively inexperienced Democrat who has little money and name recognition in a state dominated by Republican voters and elected officials.
In numerous political ads and mailers, the Noem campaign and the state Republican Party have painted Smith as too liberal or  “too extreme for South Dakota.”
A recent mailer from the party said Smith pushed vaccine mandates, marched with Black Lives Matter “radicals,” supported open national borders and wanted to confiscate legally owned guns from South Dakotans.
But a leading Republican in the state Legislature, who knows Smith well, said the Democratic candidate for governor is not extreme in his views and is a lawmaker who works well with people of all backgrounds and political positions.
“I don’t find Jamie Smith extreme in anything … and I wouldn’t call him a liberal Democrat, I really wouldn’t,” said House Speaker Spencer Gosch, R-Glenham. “Just take a look at the talking points they are throwing out, because this is all they can find. If that’s all you can find against Jamie Smith, most of that stuff is a little weak. It’s personal and they’re not going after Smith on his record because there’s not that much they disagree with.”
Gosch said he has found Smith to be a likable lawmaker who is a great listener and valued colleague, even though the two disagree on many political issues.
“I would tell you that between Jamie Smith and the governor, I’ve had a much more cordial relationship and conversations with Jamie than I ever have had with the governor, and she’s from my own party,” Gosch said. “Jamie Smith to me, I think he’s a great guy…as a person, I consider us really, really good friends because he’s just the kind of guy that everybody loves, he’s a guy who’s really hard not to love. When he talks to you he really listens and he really cares, and he remembers things.”
Smith, the minority leader in the South Dakota House, said he has traveled the state and felt enough support for his campaign and enough distaste for Noem’s positions and divisive politics that he sees a legitimate shot at an upset in the election on Nov. 8, 2022.
“I wouldn’t count me out at all, because people are looking for decency in government,” Smith said. “There could very well be a huge surprise when people wake up on Nov. 9.” 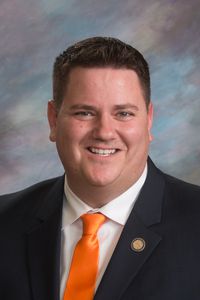 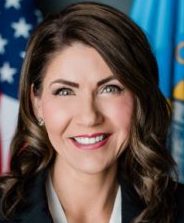 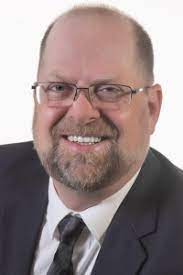