The sometimes strained relationship between Republican Gov. Kristi Noem and the GOP-led Legislature has led in part to delayed implementation of a $200 million program aimed at building critical workforce housing in South Dakota.
In a series of emails sent to South Dakota News Watch, the Republican governor and a prominent GOP senator each blamed the other for the failure of the program to launch on time.
The loan and grant program that was supposed to begin disbursing funds for housing infrastructure in summer 2022 is on hold at least until the next legislative session in 2023 or possibly beyond that.
In an email to News Watch, Gov. Noem’s office blamed the GOP leadership in the state Senate for refusing to work with her on the bill that authorized the spending, for changing her initial plan and instead concocting a “scheme” that put the program’s goals in jeopardy.
“We are disappointed but not surprised” the program has stalled, the governor’s email stated. “Rather than work with Governor Noem on this plan, Senate leadership preferred to draft their own scheme. Many legislators assured the Governor that this scheme would work, and she took them at their word and signed their bill. Unfortunately, we have now seen that this scheme did not work as Senate leadership stated it would, and the $200 million is lying dormant.”
News Watch shared the governor’s statements with Sen. Lee Schoenbeck, R-Watertown, who is president pro tempore in the Senate. In a subsequent email to News Watch, Schoenbeck placed blame for the stalled funding program on Noem.
“There’s nothing wrong with the law,” Schoenbeck wrote. “To accommodate the Governor’s complaints and so she will drop both of her threats to sue [the South Dakota Housing Development Authority], we have drafted a bill. If [the governor] dropped her threats, money could go out now.” 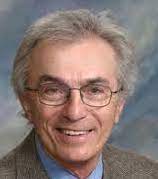