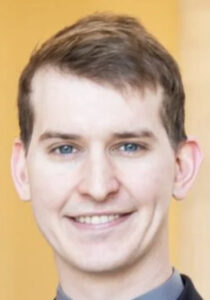 Ian Fury
Fury attended high school in Nebraska and then set off for Hillsdale College in south-central Michigan, a conservative liberal arts institution that gained national influence in the debate over the politicization of history and civics curriculum in public schools. He graduated with a degree in political economy in 2015 and started working for Sam Brownback, a Kansas senator at the time, followed by a stint with the Koch brothers-funded Americans for Prosperity before getting the job with Jordan, one of Trump’s top defenders during the first impeachment process.
By the time he reached Pierre, South Dakota coronavirus cases were surging, with the Smithfield Foods pork processing plant in Sioux Falls the No. 1 hot spot in the country. After shutting down schools in March and writing a letter to Smithfield (along with Sioux Falls Mayor Paul TenHaken) asking that the plant suspend operations for 14 days, Noem reversed her stance on mitigation measures around the same time Trump called on states to “open up this incredible country” by Easter, which fell on April 12.
Noem rebuffed calls for statewide shutdowns and mask mandates, citing “science, facts, and data,” and coordinated with the White House on a state clinical trial for hydroxychloroquine, a malaria drug Trump touted as treatment for hospitalized COVID patients that the FDA later said has “not been shown to be safe and effective for treating or preventing COVID-19.”
These actions led to lavish praise from conservative media outlets and castigation from left-leaning pundits such as MSNBC anchor Rachel Maddow, who challenged Noem’s “crazy denialism” to her nightly audience of 3 million viewers. The fact that more than 3,000 South Dakotans suffered deaths related to COVID-19 is not lost on Noem (the state ranks 11th in most deaths per 100,000 residents, according to CDC data), but in her book she defends the state’s response to the pandemic as “our finest hour.”
“It’s less that she found her voice and more that she found her moment,” said Fury. “And I would point out that the national prominence that came with it wasn’t driven by seeking clout. When the Smithfield outbreak happened, Rachel Maddow talked about Gov. Noem on the air five nights in a row. The Washington Post and New York Times were writing about South Dakota, and she was defending her position.”
Politics during a pandemic
The irony of Noem’s stance was noted by South Dakota’s far-right legislators, who recalled her April 6 “stay at home” executive order directed toward Minnehaha/Lincoln County residents 65 and older or with an underlying medical condition. Noem’s office also brought COVID-related bills to the floor of the legislature during a hectic March 30 veto day session, including one that would have given her state health secretary the power to shut down or restrict public or private businesses, parks, schools and other locations that “promote public gathering” if they didn’t follow CDC guidelines during the health emergency.
“After the House killed those bills, I saw reports that she had gone to Florida and badmouthed Ron DeSantis for shutting down beaches and things,” said Russell, referencing Florida’s governor, who is also considered a national GOP presidential hopeful. 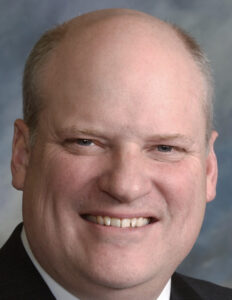