Sara Holmberg’s job as a counselor at Dell Rapids Middle School has never been more challenging.
As fallout from the pandemic creates what the U.S. Surgeon General calls a “youth mental health crisis,” school counselors like Holmberg find themselves providing not just academic and vocational guidance, but emotional support to students and families. Forging that many personal connections is difficult, so schools are exploring ways to supplement traditional counseling with professional partnerships to make sure teens get the attention they need.
Holmberg, 38, is one of three counselors in the Dell Rapids School District, which has 985 students. Now in her fourth year at the school, she is the only counselor serving the middle school, with an enrollment of about 300. She knows there is no way she can provide effective one-on-one guidance for every child, especially as more students and families continue to struggle with academic and financial setbacks from COVID-19.
According to the South Dakota Department of Education, nearly 90 percent of accredited schools in the state held in-person classes during the 2020-21 school year, alleviating some of the loss of structure from when schools went to remote learning for nearly three months starting in March 2020, when coronavirus first hit the state.
And yet, many students continue to suffer emotional problems. Nationally, 37 percent of high school students reported they experienced poor mental health during the pandemic. according to a Centers for Disease Control and Prevention survey released March 31, while 44 percent reported they felt sad or hopeless during the past year.
This continues a trend seen before the pandemic, when a CDC data summary from 2009-19 found that more than one in three high school students said they had experienced such persistent feelings of sadness or hopelessness in the past year that they couldn’t participate in their regular activities, a 40 percent increase from the previous report.
In South Dakota, suicide was the 10th-leading cause of death overall among all state residents in 2020, but was the leading cause of death among ages 10 to 19, according to the Helpline Center, a statewide suicide prevention agency. The crisis is particularly staggering for Native American youth, whose suicide rate is estimated by the South Dakota Department of Health to be 2.5 times higher than the white population, with social isolation during the pandemic increasing the emotional toll.
“The pandemic put mental health more on the radar and accelerated everyone’s concerns,” Holmberg said after meeting with a group of eighth-graders in her office on a recent school day. “Instead of it being part of background conversation, it brought those concerns to the forefront and became in many ways our main focus.”
Getting students involved
Leah DeHaan, a junior at Platte-Geddes High School, recalled her reaction when the school started a student-led “Hope Squad” to tackle suicide prevention and encourage communication about topics such as depression, anxiety, bullying and abuse.
“I was skeptical,” said DeHaan. “As a teen who has suffered from mental health issues myself, I was concerned that it was just shifting responsibility off the adults and onto the students, like they were using students as makeshift therapists.”
She had a conversation with Platte-Geddes school counselor Sadie Hanson, who assuaged DeHaan’s concerns and told her that the fact that she voiced them made her a perfect candidate to serve on the Hope Squad, which now has 15 members spanning grades 7-12.
The national program was created by former Utah high school principal Greg Hudnall, who said he reached a breaking point in 1997 after getting a phone call that one of his students had killed himself in a public park – one in a string of tragedies in the school district.
“That’s when I told myself, ‘I’m done. I can’t take any more of this,’” Hudnall told People Magazine in 2019. “I vowed that I would do everything I could to prevent it from ever happening again.”
Hope Squad programs operate in 35 U.S. states and Canada, with Platte-Geddes and Flandreau building teams in South Dakota. Students are asked to name three peers they would turn to if they were struggling emotionally. Those lists help educators choose team members, who are trained on how to recognize signs of suicide contemplation and depression.
“Studies show that teens who (die by suicide) typically tell a friend that they’re planning to do it, but that peer doesn’t always go to an adult or find a resource to help,” said Platte-Geddes superintendent Joel Bailey, adding that the phenomenon can be more pronounced in smaller communities.
Regardless of population, though, state data points to the need for new strategies. South Dakota’s 2019 Youth Risk Behavior Surveillance System revealed that 23 percent of high school students said they considered suicide, while 12 percent said they attempted suicide. 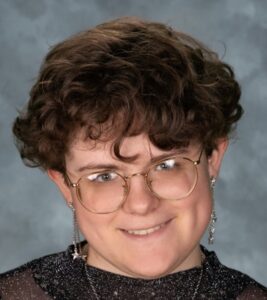