A new law that makes it easier for people to sell homemade foods directly to consumers in South Dakota could expand business opportunities for small producers and increase product offerings at homes, farmers markets, fairs and roadside stands.
House Bill 1322 was passed unanimously by the state Legislature in 2022, an d was signed into law by Gov. Kristi Noem. It took effect July 1, 2022.
The law aims to eliminate logistical and testing hurdles for people who want to sell certain homemade or home-produced foods, known as cottage foods. Proponents say it opens the way for more people to make a living or enhance their incomes by selling products they made at home. The measure is also seen by supporters as a way to create new jobs, especially in rural parts of the state.
The measure removes some expensive and time-consuming requirements that were arbitrary in many cases and which made selling homemade products more difficult than in many neighboring states, said Rep. Marli Wiese, R-Madison, a farmer who introduced the bill earlier this year. 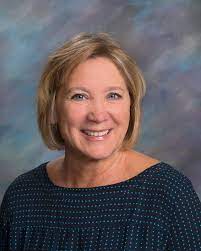 Marli Wiese
“As South Dakotans recover from the pandemic, home-based food businesses can create jobs and expand access to local food, especially in rural areas if they are not limited by unnecessary regulation,” Wiese said in support of the measure.
The law specifically covers non-temperature controlled foods prepared at a residence, like home-processed canned goods and baked goods, though it extends to other products, too. Meat-based products and honey will still be subject to testing and regulatory approval prior to sale.
Under the old language, only homemade, shelf-stable baked and canned goods could be sold. The new law allows more homemade products like soup mixes, candy, kimchee, frozen-cut fruits and vegetables, salsas, kuchen, quiche and other items to be sold. Weise said the law is needed even more in the post-pandemic era as supply chain problems and rising prices have reduced availability of foods at some grocery stores.
“Our cottage food laws are more restrictive than laws in our neighing states,” Weise said. “Across the country, states are expanding their cottage food laws to safely create economic opportunities for food entrepreneurs and to help increase access to local foods.”
Lisa Nolan, a lobbyist for Americans for Prosperity, told lawmakers that the cottage foods law is needed to expand “food freedom” in South Dakota, while also eliminating a barrier to self-employment and entrepreneurship. Nolan testified that the law could expand income opportunities for people who may not be able to work traditional jobs, such as disabled people, military spouses, immigrant families or daycare providers.
“It’s an attractive avenue for entrepreneurs and especially for women in rural district or rural areas,” Nolan said. “There’s a myriad of benefits to products and consumers alike.”
All of those items previously had to be sent to a lab for approval by a third-party processing authority, which was a lengthy and costly process. South Dakota has only one product testing lab and one employee overseeing testing, slowing the process even further, Weise said.
Now, those who want to offer such homemade products need only to take an online class every five years. They also need to adhere to state sales tax laws to sell their items.
The training costs $40 and lasts between four and six hours, said Curtis Braun, South Dakota State University Extension food safety specialist.
SDSU Extension announced in late November that the training classes are now available. The course has been approved by the South Dakota Department of Health and is available on the South Dakota Cottage Home Processing Food Safety page, Braun said.
Barbara Cromwell, manager of the Black Hills Farmers Market in Rapid City, testified in favor of the bill and believes it will loosen restrictions so more people can buy and sell their homemade and home-processed foods. During a December interview with South Dakota News Watch, she said it will be interesting to see what new vendors and products show up at the farmers market thanks to the legislation.
She offered a simple example of how the new law could make things easier. In the past, a cupcake with buttercream frosting was restricted because the icing contained dairy. Going forward, small issues like that should be cleared up and sales will be more quickly and easily allowed.
But knowing exactly how everything will work will probably take some time. The training is new and the farmers market season is over in South Dakota, she said.
The new policy should also make it easier for those who offer homemade foods to sell their businesses or pass them down to a family member because the inspection process has been eliminated, she said.
So far, there has been little feedback on the new cottage foods law, Braun said, but discussions may pick up when the market re-opens in January 2023.
People who make food at home they hope to sell seem happy with the measure, he said, because there are fewer regulatory hoops to jump through. But different people and groups could have different approaches to how they adapt to the law, he said.
Some sellers might have some uncertainty when it comes to low-moisture foods like jerky and honey, Braun said. Those items can be produced in homes, but they are still subject to inspection, he said, because they are not addressed in the new law. Meat still needs to be inspected through a U.S. Department of Agriculture program, whereas honey needs to be inspected by the South Dakota Department of Agriculture, he said.
But, Braun said, there should be enough information to steer people away from homemade and home-processed foods that can’t be sold without inspection. And if there are questions, extension experts can help clarify the details.
Eventual modifications to the law could address some of the foods not covered in the new legislation, Braun said.
Some folks might be a little nervous about acidic foods like salsa that are a little more risky given their pH levels. But, he said, the law is designed to keep consumers safe and make life easier for producers.
During final committee debate during the legislative session, no opponents spoke against the measure. Previously, the South Dakota Retailors Association had suggested amendments for clarity. Those were made and approved and the bill sailed through the Senate 34-0 and the House 70-0 before it was signed by Noem.
Have information to add to this story? Contact us.
Scott Waltman is a freelance writer for South Dakota News Watch; he formerly was the editor of the Aberdeen American News.
South Dakota News Watch is funded by contributions from readers like you. All content is shared, free of charge, with media outlets across the state. To support our public service journalism, please consider making a contribution today.
Donate