Thousands of schoolchildren across South Dakota are facing new barriers to getting proper nutrition at school due to the end of a pandemic-era federal program that provided free meals to all students regardless of parental income.
Parents in South Dakota, meanwhile, are facing new financial challenges as they try to pay for meals for their children at a time when high inflation rates are driving up costs for food, energy, housing and many other necessary goods and services.
The federal effort to provide free meals to all American schoolchildren during the COVID-19 pandemic expired this summer. The pandemic-era program provided more than 4 billion free meals to American schoolchildren over the past two school years, including to tens of thousands of students in South Dakota.
Sioux Falls School District Superintendent Jane Stavem told News Watch that ending the free school meals program after two years has put the district, parents and children in tough spots.
The district does not have the funding to continue to provide free meals for all students on its own, and is working on innovative ways to continue to pay for food for students who need it.
Parents who got used to free meals for their children for two years are out of the habit of preparing or paying for student meals on their own, Stavem said. Some who qualify for free or reduced-price lunches due to low incomes forgot to reapply for the federal school lunch program and will now have to pay full price for meals.
And children who are not given food by their parents or who cannot afford to buy a school meal on their own are going hungry and can fall behind in class or be unable to concentrate due to hunger, Stavem said.
“They’re just going to be focused on how hungry they are,” she said.
Stavem said districts across the state and nation are trying to navigate a return to paid student meals at a time when inflation is hurting both schools and families. And yet, the student meal issues must be solved, either at the local or federal level, she said.
“We have an obligation as a country that provides a free and appropriate public education for all kids, to also look at the aspects of providing nutrition for all kids,” Stavem said.
School officials across South Dakota told News Watch that a student in need of a meal is not turned away.
However, the inability of a child to obtain adequate levels of nutritious food can affect their development now and well into the future, said Stacey Andernacht, a spokesman for Feeding South Dakota.
“A majority of an individual’s brain development happens from birth to five….so good nutrition is essential for kids and missing those meals is something that can impact a child in a way that makes them less successful in life,” Andernacht said. “When you have kids showing up to school without breakfast or not having lunch, they’e unable to focus, they’re going have problems paying attention, which will lead to learning problems, and they’re also more likely to have chronic health issues because they’re bodies are going without.”
Sioux Falls district officials began contacting parents as early as May 2022 to let them know that the free meal program was likely to end before the 2022-23 school year started, said Gay Anderson, student nutrition director for the district.
Officials wanted to give parents plenty of time to make plans to either reapply for federal meal assistance or prepare to pay for breakfasts and lunches once again.
However, statistics from within the Sioux Falls schools show that far fewer schoolchildren are receiving meals at school so far this year, with rising inflation and the end of the universal free meal program seen as main causes.
In the 2021-22 school year, when meals were free for all of the roughly 25,000 students in the Sioux Falls public schools, the district provided on average 16,500 lunches and 6,800 breakfast meals to students each day.
So far this school year, only about 3,800 students are eating breakfast at school daily (a decline of about 3,000 students, or 44% lower than the prior year); and about 13,400 students are having lunch provided at school daily (a decrease of 3,100 students, or 19% lower than last year.)
Stavem estimates it would cost the school district about $5 million a year to continue the free students meals program without federal funding. 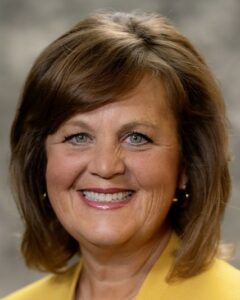