South Dakota lawmaker Doug Barthel, a former police chief in Sioux Falls, tried to make state roadways safer from distracted drivers by spearheading passage of a law in 2020 to restrict cell phone use behind the wheel.
The South Dakota law allows cell phone use in a vehicle, but only for phone calls or to look up a phone number, and allows drivers to hold the phone to their ear. The law made it illegal to use a phone for texting, taking photos, watching videos or accessing the internet except in an emergency, and made the infraction a primary offense for which officers can pull over and ticket a driver.
Barthel hopes the law has prevented distracted driving in some cases, but he acknowledges that drivers in South Dakota and across the country continue to engage in risky behaviors behind the wheel that lead to thousands of deaths and injuries each year.
“I just hope there’s some people who got the message and it’s having an impact on them, but to be honest, the majority of people probably ignore the law and still use their phone in the car how and when they want to,” said Barthel, R-Sioux Falls. 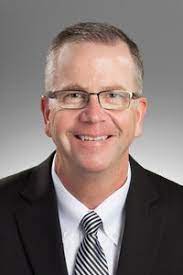